Pain vs Suffering: One Enables Growth During Hardship (Part 1) 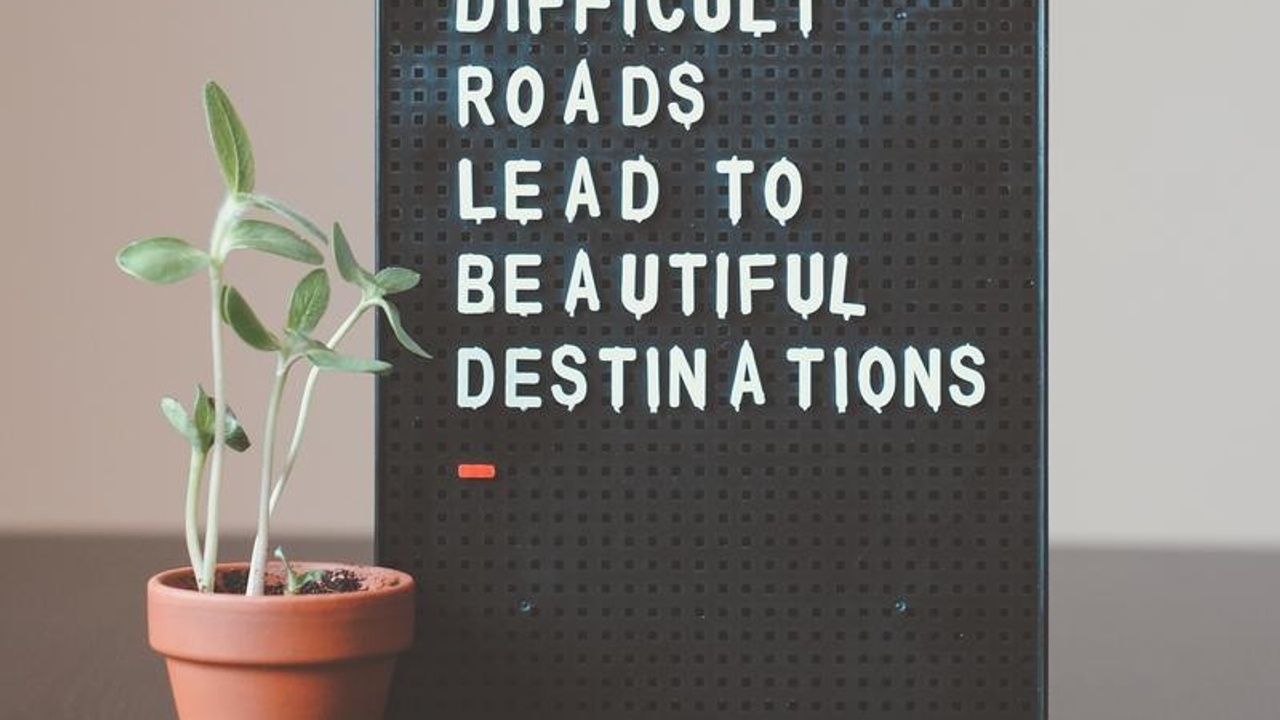 When I was going through my divorce last fall, I had a difficult time accepting the fact that my marriage of 27 years was over. My ex-husband had a couple of years with his girlfriend to get used to the idea but I learned about it one month after my heart transplant surgery.

I was on a never-ending emotional roller coaster experiencing a cycle of relief from getting out of a toxic environment, to depression from 27 years of memories, to anger from deceit and betrayal, and grief from the loss of spending our retirement years travelling and focusing on us as a couple. Now, I just wanted to get off this exhausting rollercoaster!

Besides returning to our marriage counselor for individual counseling to get through my divorce, I discovered two books that helped me through my emotional challenges so I could move on with my new life.

The first book was "I Wish I Knew This Before My Divorce: Ending the Battle Between Holding On And Letting Go" by Elaine O. Foster, PhD and Joseph W. Foster. You can get it on Amazon here.  The book comes with a downloadable workbook to be used with the exercises in each chapter. If you prefer the audiobook, the narrator tells you the website link to download the workbook and when to pause the audiobook to complete the exercises.

What is a marital autopsy?

The title of Chapter 5 is The Autopsy Room. Just like a medical autopsy, the marital autopsy one identify the behaviors that caused matrimonial death. It can help identify conflicts in one's marriage that one did not know existed. The authors provide several case studies throughout the exercises. At the end of the chapter, the marriage is referred to as dead whether one decides to divorce or hold on to the marriage.  If one chooses to divorce then the autopsy can help bring closure. If one chooses to hold on to the marriage then the autopsy shows areas for improvement. However, a marriage cannot survive unless both spouses are committed. In my situation, I was able to see that I tried everything within my control to make our marriage work. Having no regrets, I had to move on to acceptance.

Pain vs. Suffering: There's a Difference?

My AHA! moment came in Chapter 8: The Seven Day ACTion Plan when the authors explain the difference between pain and suffering. Most people, including me, think these words mean the same thing but they don't.

Pain happens in the present and is a normal response to a real injury whether physical or psychological. Suffering is reliving the pain from the past and thinking it should have never happened in the first place. Suffering can also be a perceived belief that will happen in the future and be never-ending. With pain, you accept what is. With suffering, you avoid accepting what is and focus on what it should have been.

I was tired of suffering from frequent thoughts of what our marriage could have been. I had to get off this emotional rollercoaster. It is what it is. My husband chose to end our marriage of 27 years and I had to accept it and move on with my life. This is where the second book helped me move on after acceptance of my divorce.

Click on the link to read Pain vs Suffering: One Enables Growth During Adversity (Part 2).

Are you ready to transform your hardship to hope and thrive? Let's work together! 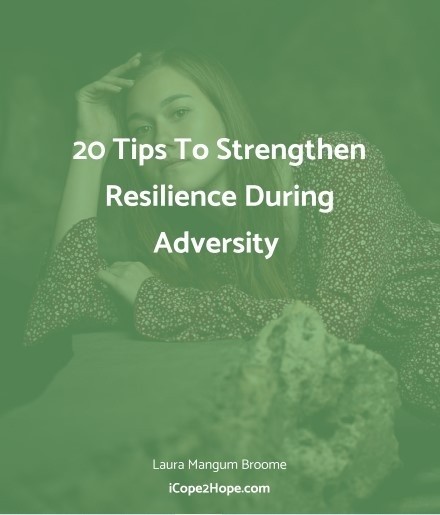 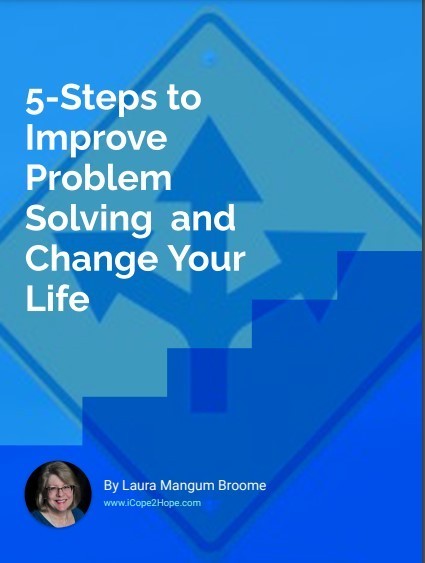 Why Radical Acceptance Is The Key To Moving On After Adversity
adversity choices divorce pain vs suffering
5 Reasons to Hunt the Good Stuff During Adversity and Change Your Life
adversity flourish gratitude hunt the good stuff positive growth resilience
Finding Humor: Being Hairless During Breast Cancer Has It's Advantages
adversity breast cancer giggle twin humor positive 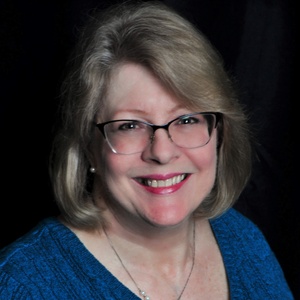 Adversity can leave you bitter or better after the grieving process. Laura chose better and discovered positive growth after her 5-year season of adversities: breast cancer, child loss, a heart transplant and an unexpected divorce after 27 years of marriage. Laura teaches the resilience skills she used in her iCope2Hope Resilience Framework. So you, too, can transform hardship to hope and uncover new opportunities to flourish! Laura lives in San Antonio, Texas with her identical twin sister and giggle buddy. They are also known to family and friends as The Giggle Twins. 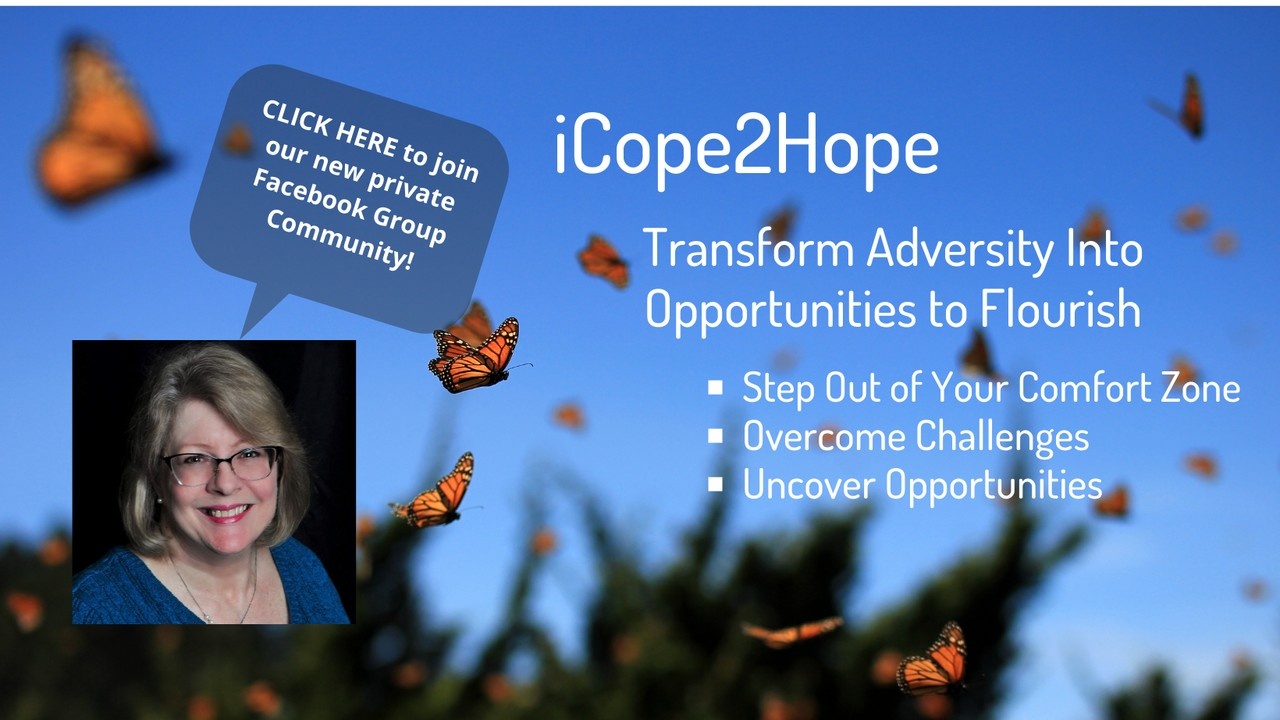 Sign up for notifications about my weekly blog and new products and services..

We don't spam. Unsubscribe any time.

Return to Home
Powered by Kajabi 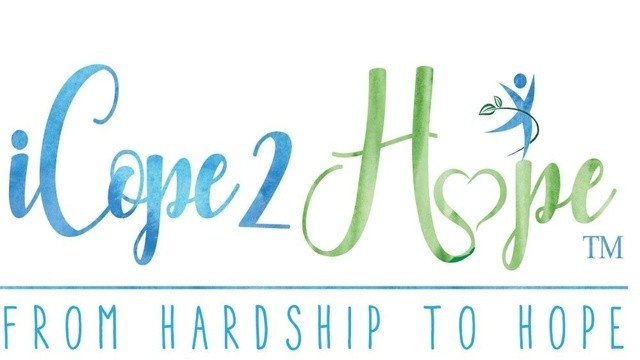 Unsubscribe any time. We do not spam.